Kilmovee 10k – Three in a row for Martin Conroy

Home¦2012, Results¦Kilmovee 10k – Three in a row for Martin Conroy
Previous Next

Kilmovee 10k – Three in a row for Martin Conroy

Conditions were good for the 3rd Annual Kilmovee 10k on Saturday afternoon. There was a record turnout of runners and walkers – 406 finishers. John Roddy and his community team put on an excellently organised race – the first in the 2012 Mayo AC C&C Cellular Road League.

Race winner Martin Conroy (Ballina AC) led from the start and only had clubmate Roger Barrett as company most of the way. He passed 5k in 15.58, and finished strongly a few seconds outside his 2011 winning time to claim his third win in as many years at Kilmovee. His next target is the Belfast Marathon in a few weeks. Anto Devaney and Andrew Lynskey were Mayo AC’s top finishers in 4th, 5th place.

The women’s race saw Mary Gleeson set a strong pace from the start and she worked hard to retain her Kilmovee title in a great time 36.35, 45 seconds better than 2011. She will be hard to beat this year in the league and claim a record fifth win. ColetteTuohy,  2nd  in 38.57, and Angela O’Connor 3rd 40.46 made it a clean sweep for Mayo AC and they too will look to the national 10k next week with confidence.

There were a lot of excellent performances among  Mayo AC’s 23 runners, including a few PBs. Hugh Duffy had a great run to win the o50 category, two minutes better than his 2011 time. His winter training schedule was a key factor. Pauline Moran’s 44.54 finish was also significant, and she will be a medal contender in the F55 category in the Phoenix Park.

About the Author: Kilmovee10k Race 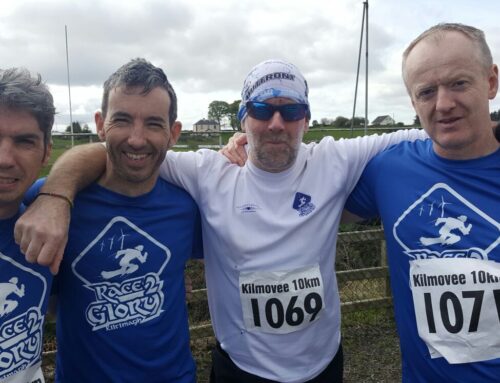 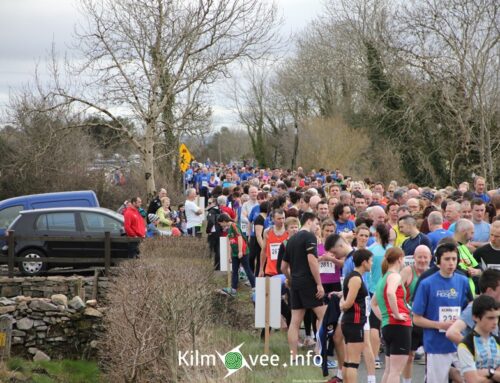 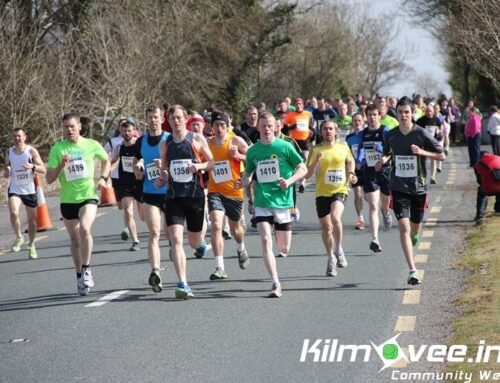